Wow. The jet lag got me and I slept till 2p.m. on my second day in Bangkok! Relaxed and excited I was heading to the river Chao Phraya with Sascha who I met the day before. Both of us wanted to do a boat tour. It was fun but also rough to bargain about the price. According to my travel mate, I did quite well and both of us ended up paying very little compared to the starting price. It was actually just half price what Sascha was willing to pay. He was so funny because he could hardly believe what I just managed to do. 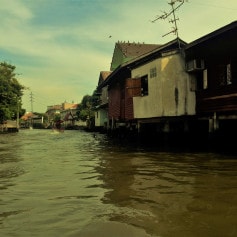 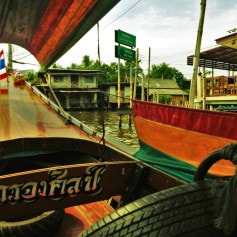 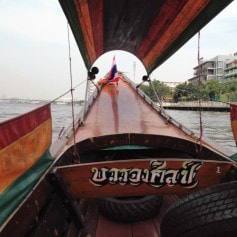 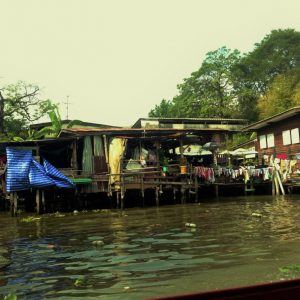 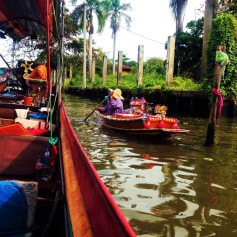 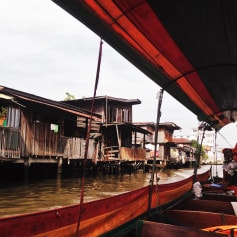 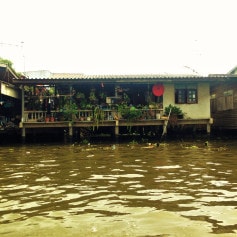 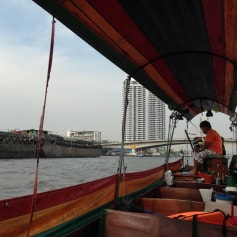 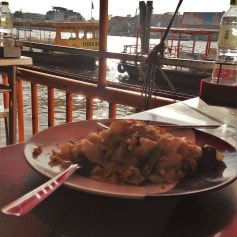 In the beginning of the tour I was absolutely sceptical and sure that this is not the usual touristic route and got a bit sad that we were fooled. But at the end, I was super thankful that we did not take the ‘normal’ route. This path got us an insight of the suburbs of BKK. It was probably the real impression of its life and lifestyle since my arrival. Though one should keep in mind, cities usually do not represent much of the diversity of a country.

After the tour we walked south along the river which led us through a campus. Once we got hungry we checked out the places and were lucky to have a delicious meal with an awesome view. During our lunch we agreed to walk further south to see the temple Wat Pho. Before entering the temple we were told that it is closed and we could to a tuktuk tour instead…. I’ve heard of it before so we kept going and were happy to find an open temple. Make sure to check on yourself whether it is open because this is common in some places. AND do not get mad about their acting, just imagine yourself in their situation and I am sure it is easier to understand them.

It took us a while to get to Wat Pho. Never underestimate the distance in Bangkok. I always thought that places on the map are close but usually they were quite far away. Make sure you check the distances and take a tuktuk if necessary to save time.

We took a tuktuk home because it was already getting dark. In the evening I was happy to meet Jörg, someone I knew from back in the days. He just arrived in Thailand as well. The three of us, Sascha, Jörg and me, had a delicious dinner at Khosan Road. I was brave to use the toilet of the ‘restaurant’ and got an insight of their kitchen. It was quite interesting and I know a bunch of people would not be able to eat in such a place. But I loved it. Afterwards we walked down the road and found some interesting street food. Jörg actually got quite excited and tried all kinds of things. I did not 😀 … my tummy would not like that. 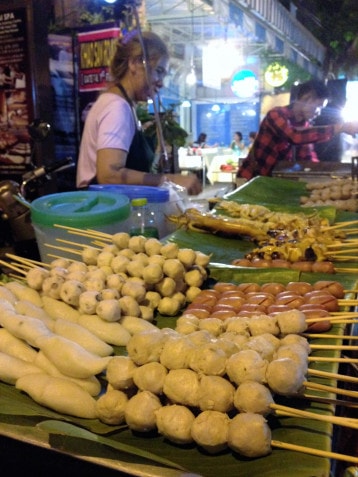 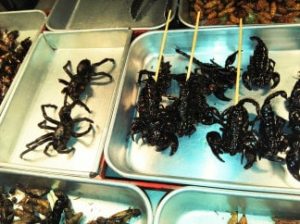 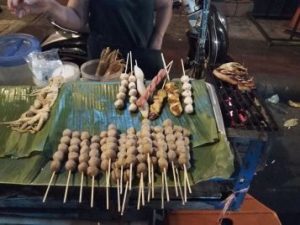 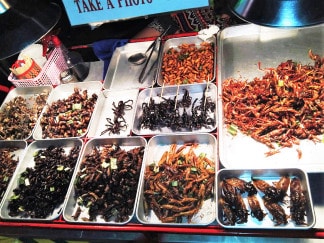