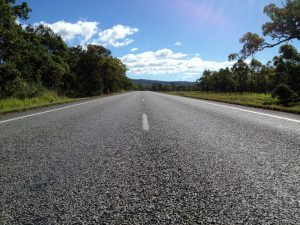 From Harvey Bay to Rockhampton

It was already 9p.m. when we returned from our day trip to Fraser Island. We decided to stay directly in Hervey Bay near the water where we could find a public restroom.

The next morning was absolutely awesome. Once again we had our brekkie near the water which will probably never get boring. Afterwards, we walked down the pier. My flat mate from Newcastle told me that it is possible to see Wales from that town. We were not lucky to see whales but the view was priceless. After our early morning walk we kept heading north. Next Stop: Rockhampton. 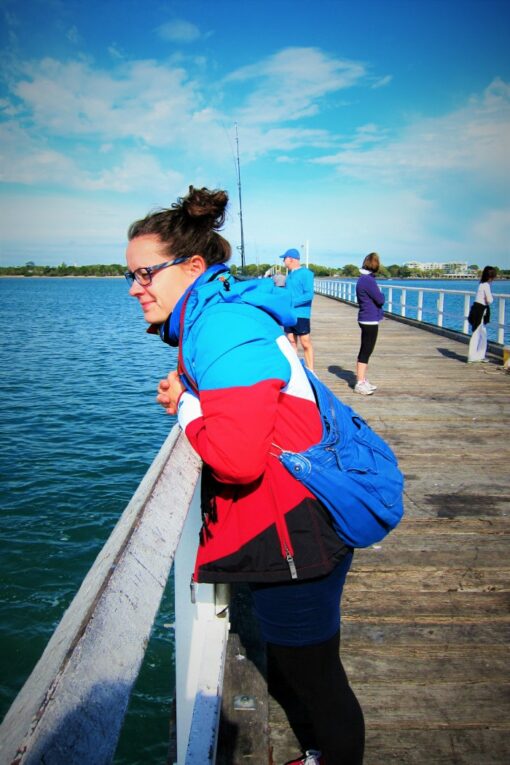 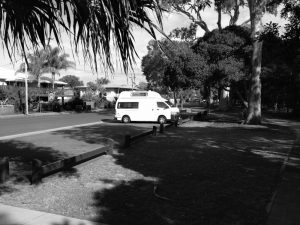 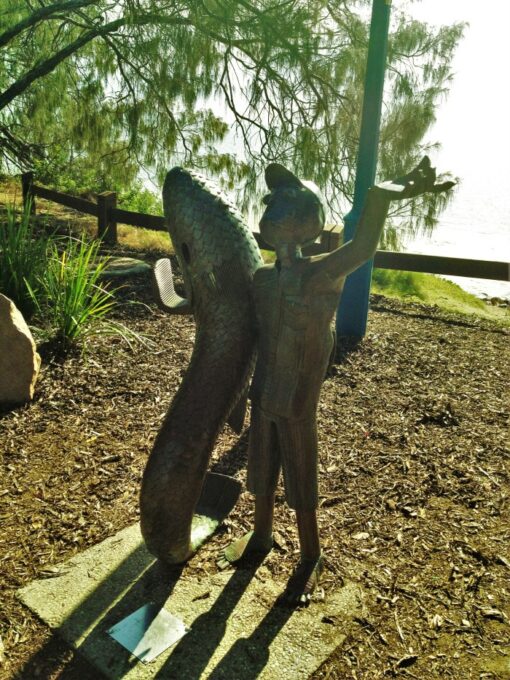 Between Hervey Bay and Rockhampton are around 400 km. Due to many construction sites we had to drive quite slow…so we arrived in Rockhampton quite late. Our travel guide already gave us the hint that we would arrive in the city which is known due to its cows and steaks. The entrance of the town made it quite clear that this must be the ‘beef capitol’ of Australia (East Coast Australia, 2002, pg. 389). We all agreed that we would have to have steak for dinner 😀 . To be more relaxed we looked for a place first. And once again we were lucky to find a parking spot with public restrooms near a river. Shortly after our arrival we recognized big signs to warn us: Crocodiles. 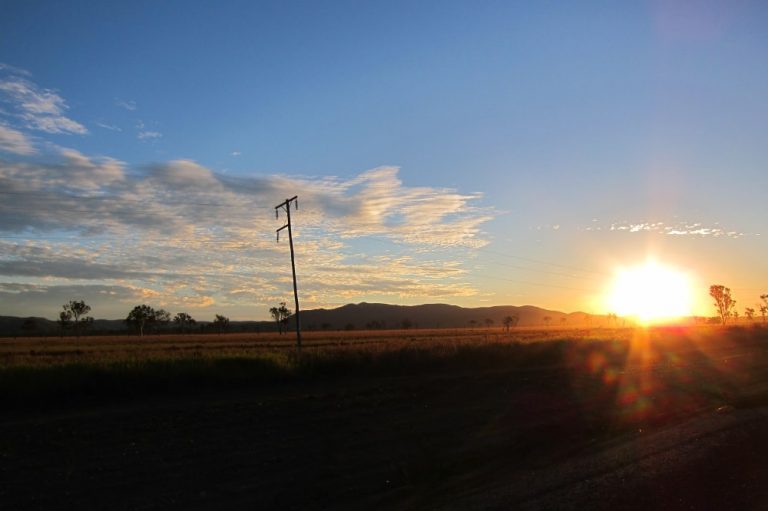 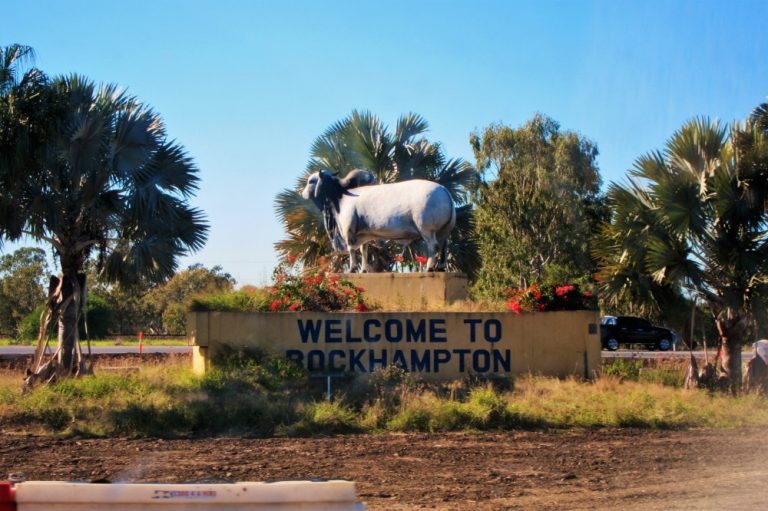 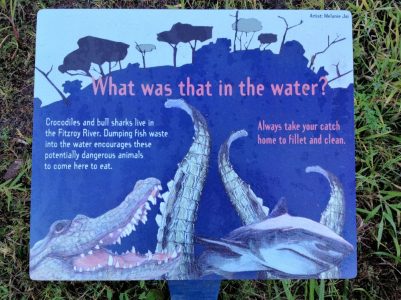 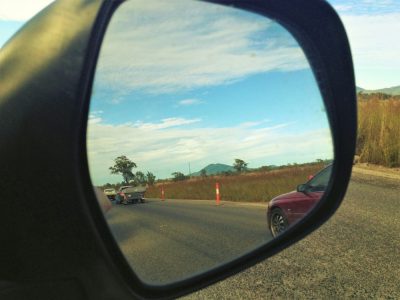 Rockhampton: A place to have a stake..

It was not my first stake in Australia because they are usually quite cheap compared to other dishes in Australia. When you are lucky you get a stake, a side dish and sometimes even with a small salad for around 10 AUD. After our steak we hit a pub where we played Bingo. Our knowledge about the rules was obviously not the best which made us fail a couple of times. After our attempts we switched to play pool.